The Early Years fills the gap between the start of the 19th century, when Labrador retrievers very still fighting to be recognized as an independant breed and up to Gary Johnson’s book “Postwar Bench Champions 1946 – 1990 which is now no longer available. Not all pedigrees are complete, but there is a lot of history in this book! The book also include several photos of the significant labrador retrievers of the past, who’s owners and breeders have had great influence in the development of the Labrador Retriever as a working dog. 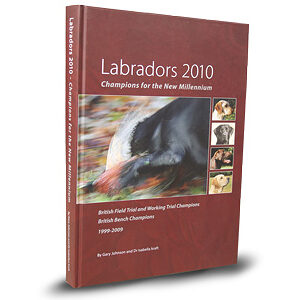